Since I am already tired of talking about Lance I decided it's time to move on. Today we are gonna start with my new GMC Jimmy. 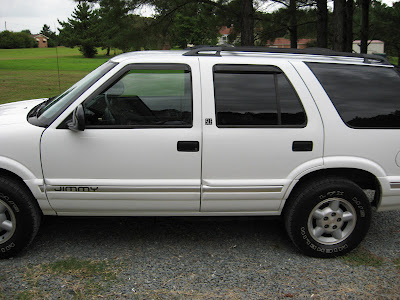 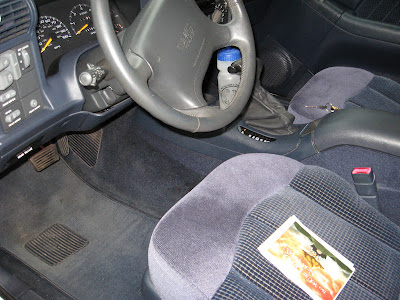 Charles (my personal car salesman) hooked me up. I like this thing. It's clean as hell and in great shape! The only thing I need to do to it is have the hood painted. The clear coat is starting to peel off. Everything else is top shelf! It only has a 110 thousand miles on it, not bad for a 97.

Next we have my son. He gets his full license in a month. Then he will be able to drive after 9pm and he is eligible for his motorcycle permit. I have been over this subject for months, do I want him on a street bike or not! The wife doesn't really like the ideal but you know she wouldn't anyway. Yes he is 16 and that's young. But if he's gonna learn shouldn't he learn from me.

He is a good kid, both of my kids are good kids. He drives really well and is cautious. No he won't be riding it at night and I haven't decided if he is gonna ride it to school. Although he probably will.

So it has been getting some love! Friday night it got a new battery and the we got it running again! I haven't ridden it in about 3 years so I was glad it started. I was ready for a trip to the shop for a carb rebuild kit. Then last night we washed it. Now it's time to polish it!

It cleaned up really well., and since we have the seat off we are going to polish all the painted area's, even under the seat. 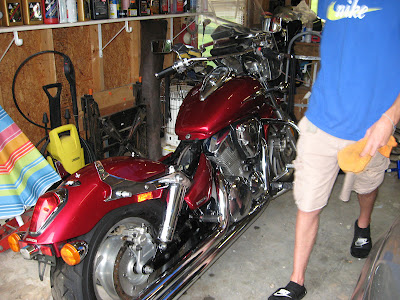 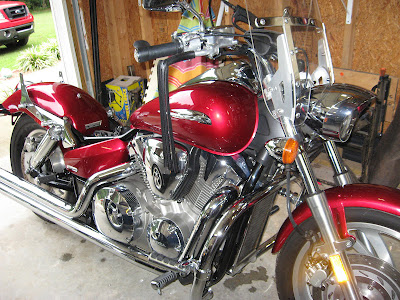 One or two spots are gonna require extra attention to get them up to par but the only person who will know will be me and the kid. I could probably leave them alone and no one would ever know. But later they would get worse so I need to work on them now.

The only draw back to this is Chase has already decided he wants a new motorcycle for his 16th birthday he doesn't want a car!!!!   LOL......