Although this is not his first web appearance, his mom stole that honor from me when she put him on her face book page. I might forgive her someday but right now I am still kinda mad! I wanted to break the news to the millions of followers of this blog.

You know face book has nothing on me! Oh well she might know a few people that I don't. Plus the fact that I am not on the face book train, she may have made a good decision. Time will tell!! 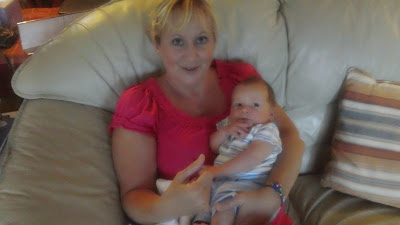 Right now he would make a good sized fish, he's 10 pounds! Thank god we don't have any kids that age! I like him but my kids are 12 and 16. His mom Eve was busy all weekend taking care of him, I have a good ideal she is still doing it now. Just because we left doesn't mean she got a break. 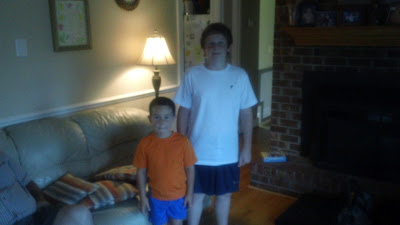 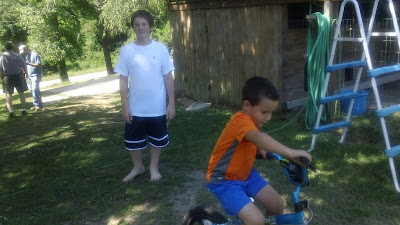 Of course we have Wriston, he and Chase played hard all weekend. Wriston loves when Chase comes, he looks forward to it. Chase is still young enough he likes to play with him. Wriston is 5, so it's a big deal when he can play with his big cousin. 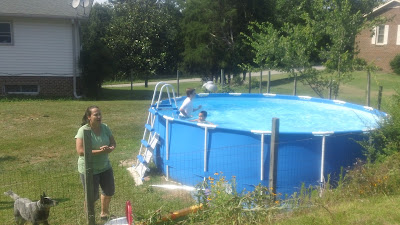 They swam and rode bikes, watched a movie. They were busy dudes! You ask Wriston what he thinks of his little brother and he will tell you, "all he does is poop, eat, and cry". You gotta love the way a 5 year olds brain works.

Chase also got to meet Minnie Pearl she's a real jackass. No kidding she's a donkey! Even the wife played with her. Eve has several chickens and ducks, the donkey and dogs and a cat! 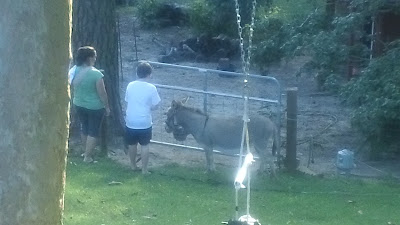 A virtual petting zoo we didn't have to pay to get into!