In a car anyway! So we left out early am Saturday and headed to Kinston, with a stop in Wagram. Why did we stop? Well Karen's mother and brother ended up riding with us and he wanted to go by a gun shop there.

Chase likes to shoot and he likes to play with guns (yea he's 12) so we went by there. Right there in the middle of nowhere is one of the nicest gun shops I have ever been in. But considering I have only been in about 3 of them that ain't saying much.

My brother-in-law, he collects guns was impressed so I assume I should have been too! Gun shops are weird places to me, they are either really bright and new or old and dingy with a fair amount of dust on things. This place was in the middle of that, it was old and dingy but someone does do the dusting.

It had a steady stream of people coming and going so it must be pretty popular. I can promise, Wagram sure ain't keeping it open.

So anyway you go in and they have like 75 cameras on the ceiling and they don't really like you taking pictures when you are there. I found that out when I walked through the door caring my camera. One of the guys told me right quick not to take pictures! 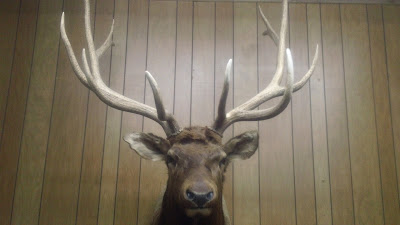 I did take a picture of this guy hanging on the back wall when he wasn't looking! I am such a rebel! Don't ya like the paneling. So seventies!!! 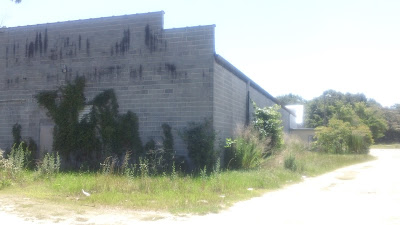 Then I got bored and went back outside. I took a few pictures of some of the surrounding buildings and a neat bumper sticker on one of the cars in the lot, and to think he was inside buying a new gun! 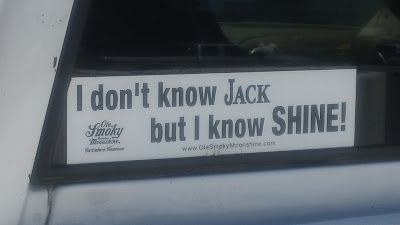