My favorite mountain bike club is at it again. This time for the good. I quit going on their website forum, people just make me ill on there so I just stopped checking it out. See I get smarter everyday! But check this out though. It's called the I-5 Colonnade. It is a mtn. bike park out in Seattle WA, the city let them use the space under an interstate overpass in downtown to build all this. From what I understand it has been a very big hit in the community. 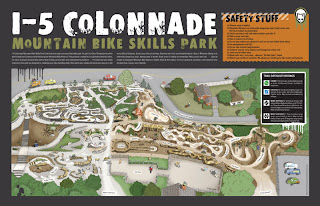 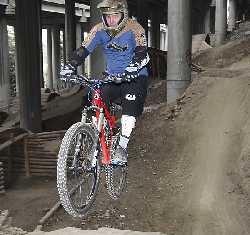 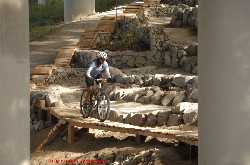 These pictures are a little hard to vision what it looks like but you get the ideal. They used every bit of space to make this happen. One of the pluses is it got rid of all the homeless who where camping under the overpass. Charlotte has the same problem with the spot they are trying to make this happen in. 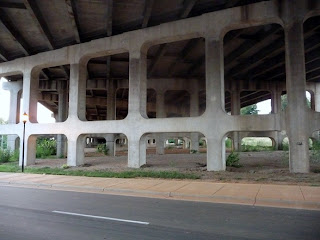 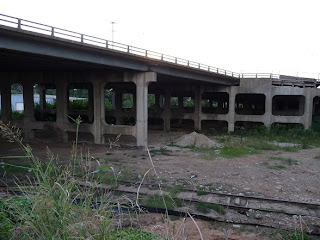 These pics are from the area they are trying to put this one. All kinda room under here to make it happen. It would take a lot of work but even my kids would love to play down there. They are going to call it the I-277 Colonnade, because it will be under 277. Makes sense to me.. 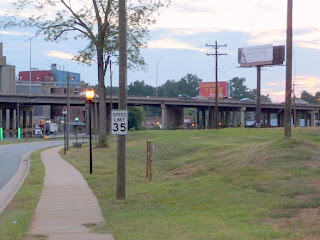 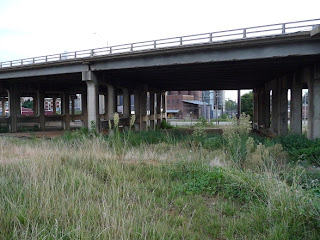 Believe it or not right beside of this area there is a feed mill I used to haul wheat into. Yep right in downtown Charlotte they have a flour mill. A very big one at that. Look toward the back of these two pictures and you can see the silo's. There is a lot of space available under there. The only thing it is used for right now is trash and homeless camp. I have a friend who owns a body shop on the other side of the interstate, has a lot of trouble out of the campers; he would love to see them gone!

From what I have read they have had a couple of meetings with the city planning office all ready so maybe we are going to see some progress on this. You never know, all kinda red tape involved but ya got to think positive.. 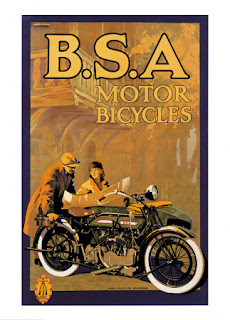 Speaking of positive you know what B.S.A. stands for ; Bastard Stopped Again. A friend of mine had one, said he pushed more than rode it. I like the way motorcycles where originally called motor bicycles. Speaking of such you ever seen a bicycle with a motor.. 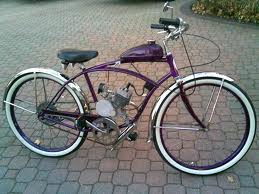 Now you have! You can buy this kit off of E-bay for about two hundred dollars and put it on about any bike you want. I want one!! My life will not be complete until I have built one of these......Now to convince the wife of this.... 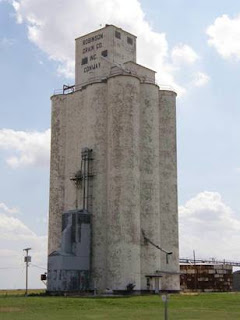 Oh well thought you might like one more grain tower shot. As you can see it is out in the level land area. Ever heard that saying before, refers to the Midwest............
Posted by ritchie at 11:38 AM