When I say, "Old School Weekend". I am referring to a time when it was socially acceptable to ride your bicycle in the rain on muddy trails! Like we used to do!

I took an extended break from bicycles for about 10 years, and when I came back that was one of the biggest surprises for me! The fact that they close all the trails when we get rain. Unless we have a race, but let's not go there today.

Even though the local club now has the Uhwarrie trails to maintain you are allowed to ride there when it rains. Something to do with the it being a national forest. It's always been open because of that.

It was muddy! Which made it a blast!!!

Checkout these pictures, they had been doing a controlled burn over there last week and the connector trail was really cool! I took all the pictures before I ran into my buddies. Once I meet them the camera never came back out. It was hammer down and I was hanging on! 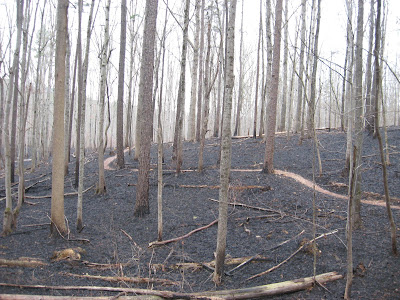 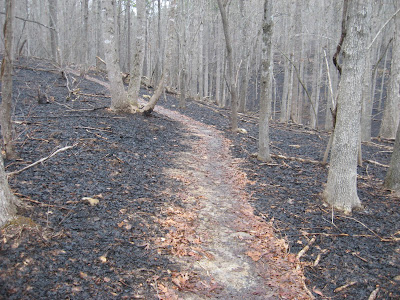 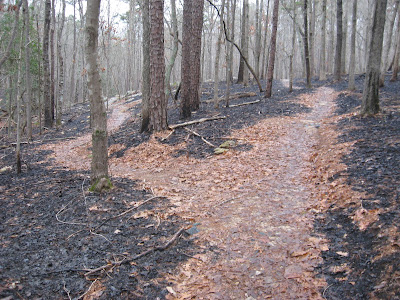 The way they had done the burn was really neat! They burned right up to the edge of the trail but not the trail! How the hell they did that I have no clue! 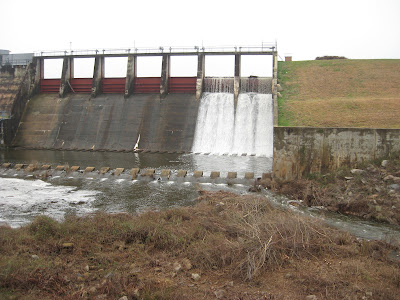 Sunday I went out and rode the the road bike, of course I had to go over behind the damn for the 1 shot of the year with the water coming over the top!
Posted by ritchie at 9:34 AM