Yep I said snow, we got to ride around in the snow with freezing rain! It was cold too, very cold!! We left Charlotte and it was 45 degrees and then we get to Boone and it is snowing and cold. I would have hated to have been at the Appalachian game Saturday!

We missed the peak of leaf season by about a week but it was still worth the trip! When we got on the parkway we stopped at a little high priced gift shop thing and the snow was thick enough a snow ball fight broke out. They actually had the parkway closed at Mt Mitchell because of the snow, we had to turn around. Then we went down Rt80 and be the time we got down to I-40 it was in the fifties!

As far as riding my bike on the parkway? That would be a tough ride! You will either be going up hill or down hill, no in between! Long climbs and very steep? I need to give that some thought. The campgrounds are at about every 50 miles so you would only need to ride 50 a day, but it would be a tough 50! We did see 2 tough cyclist up there riding and they were out of the saddle and climbing! With no gear they were still struggling!
By the time we got down to Asheville it was sunny and 50 degrees again. We hit Bloomfield's and then made it back to the house. A long day it was but it was fun. Now for some pictures!!! I love the mountains, if I could I would move there tomorrow. But....I can't so I will enjoy several trips up there every year..... 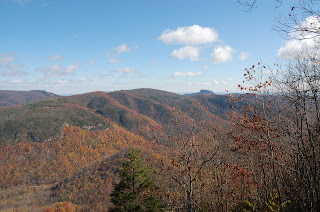 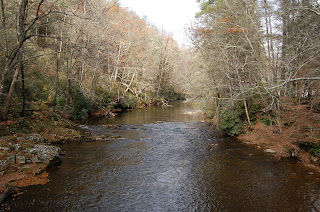 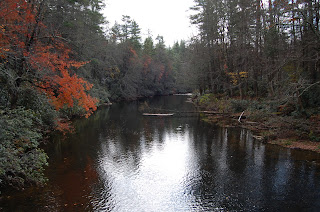