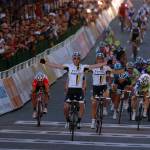 I think you might have figured out by now if you are a regular reader of this blog that my sport is cycling..I grew up racing BMX and then moved on to mountain bikes but I have always been an avid cyclist..I even had a paper route for a year before we moved here..Delivered 65 papers every day , from my bicycle..Right now we have about 19 bikes in the garage give or take.. 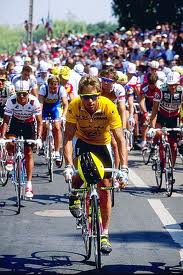 I was even a fan of the Tour de France when Greg Lemond won it..Lance was still a nobody..Most people never even watched it until the last few years..I was a little kid when I started watching it..In my mind I thought that would be like a dream to ride around the french country side and get paid to do it..
So here is where I am going with this post........I am disappointed with the pro cyclist today..Just a few years ago they busted a few teams at the race for god's sake with drugs on the tour buses..Now I ain't talking about weed either , steroids are the drug of choice for cycling..Just like football and baseball and every other sport that I don't care about..But cycling is what I care about so damn..Why can't they clean it up..
This year they acted like it was going to be a good year and nobody was going to be busted and all was well..Guess what Today the 27th of January they are going to announce the 1 year suspension of Alberto Contador..He won last years race (2010) and the year before that..Now they are going to strip him of the title for 2010 because he was doping..Yep failed a drug test..So here we go again another doping scandal that effects the out come of an event 6 months after the fact..Kinda like stripping a college school of all their wins a year later after they were found to have violated NCAA policy..So I feel cheated again..I watched the race just about everyday and was actually pulling for this guy..So was my son..Now what do I tell him..
Guess what son we were wrong he is a liar and cheat find another hero to pull for..But is that possible in cycling or any other sport..If you sit down and think about it you can think of a violation in about any sport there is..That sucks.......


Ok maybe you heard of Floyd Landis he was the last American to win the Tour after Lance retired the first time..If you have heard of him you are aware he was stripped of his title also..He won in 06' I think..So now we have 2 winners who lost the title in the last 5 years..That don't look to good on the sport..Could you imagine if they changed the winner of the super bowl!!!!! Floyd has recently announced his retirement from cycling all together , he came back for a few years after he was suspended but never was a factor again..Floyd knows a lot of things about pro cycling and he has made a lot of claims about the sport..Everybody wants to say he is just bitter from what happened to him , and is just trying to get even or something..
﻿
﻿

He was a team mate of America's hero Lance on the US Postal Team for a few years..He was what you would call a do'mes'tic'...I can't speak French so I sure can't spell it ether..On a pro team a do'mes'tic' is a work horse or second string rider.. How ever you want to look at it..His job is to protect the team leader , pull him along so he can save his energy for the end so he is stronger at the end..
When Lance retired Floyd moved up to team leader and the rest is history..He won he got in trouble he lost..
History ,  Lance won 7 tours and dominated like no one who came before him..Present Floyd has made some statements and admitted he cheated..Says they will never be able to catch the dopers , they stay to far ahead of the drug testing..Lance claims he has nothing to hid and Floyd is lying..
Right now they are investigating Lance here in the states and in Europe..Every article you read now about him the tone is changing..Where he could do no wrong , he is now on the defense..For all the good he has done for the world of cancer research and the people who believe in him..I sure hope this turns out well..The world of professional sports needs this to end well..I have my fingers crossed... 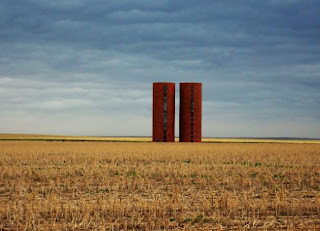