Two things, first my son Cody meet me at the trail. Sherman was our choice, and yes he is getting fast. The kid has been off the bike for the better part of a year and just now getting going and he's rolling.

It's amazing how a 16 year old can recover! I would have taken 2 years to recover from what he's been through. His speed is pretty much spot on. I actually thought that when he started to ride again I would be waiting on him. NOT..... It won't be long before we are back to him waiting on me!

Second, I had heard about it and Ive seen a picture of it. But never seen it! What you ask? The white squirrel of Sherman Branch. Yes he lives! Stone white no dark on him at all. We were flying along and came upon a friend of ours stopped in the trail. She says "look check it out". Sure enough, there he was!!! 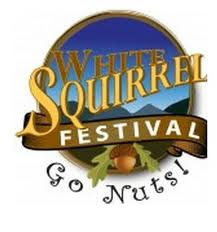 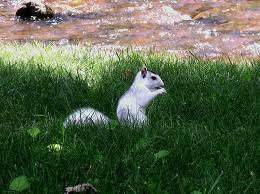