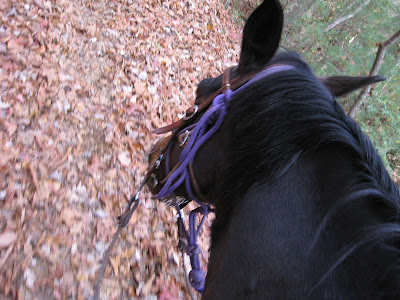 You like the angle I got of him. I sat on him for 3 hours, we walked and talked and had a great time! Although it was pretty one sided conversation. He would snort once in awhile and seemed the happiest when I let him break the rules!

That's right he was a rebel!

They told us they prefer you don't let them eat as we ride because they tend to loose focus and could trip or stumble. Then you might fall off! Well I figured as tight as I was gonna hold on he would have to buck pretty hard for me to fall off! He liked the red leaf stuff!

Hell, I even pointed out a few red leafs for him. We got along just fine.

Emma rode Durango and he seemed like a good guy too. We stayed in the back the whole time and chatted away. 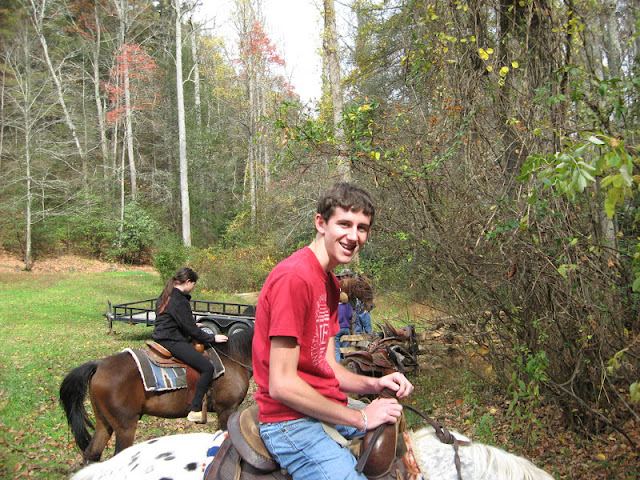 Chase has Blaze, he was supposed to be the calmest one but ironically he was the only horse to get spooked. A dog whose owner did not have him under control ran up on us and Chase's horse started jumping around! Scared the shit out of me, but Chase didn't even flinch! He had him under control fast! I was impressed!!!! 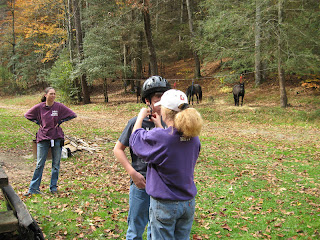 With him riding behind Karen and in front of one of the guides I didn't get to talk to him much. But he had fun... He had to wear a helmet because of his age. 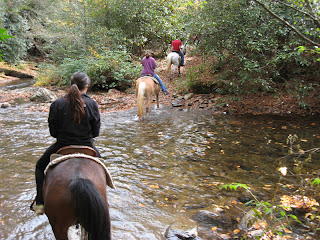