Last night I came home and was gonna go ride. Cody was sitting on the couch doing nothind so I asked him if he wanted to go. Yes was his reply!

It's been a year since he tore his knee apart, he rides sometimes and it will hurt. I have tried to tell him it's gonna hurt until he gets used to using it. I know at his age it's hard for him to understand, he had never had a major injury until now so it's been a long process.

He's been trying a little harder lately so I am always glad to have him along. Off we went! "Sweet 16" That's all we rode but it was fun.

He hasn't figured out how to take his time and ease back into it. We go and it's wide open, we come home with a 18.5 average speed .

Damn son take it easy! If he would learn to slow down and go at about it a little easier it would help.


It was a good ride though we talked and had a good time. I miss riding with my boy. I hope he gets back into it... 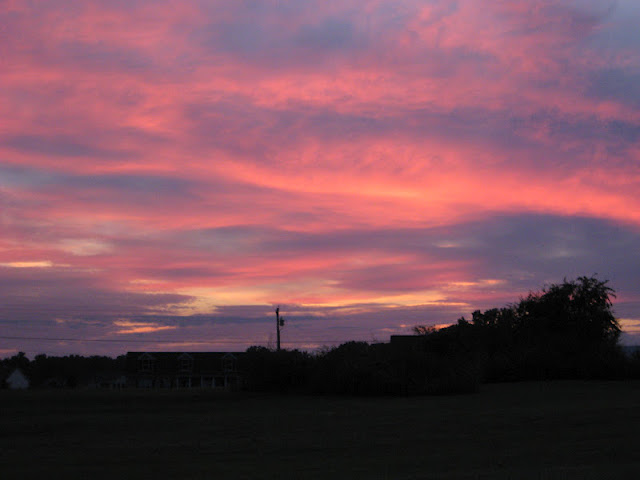 Also when I got home the wife wanted to go walking . I got this shot of the sunset when we were out... I like sunsets.....