OK let's start with the race last night. First off I forgot my camera last night so I don't have any pictures from the race. But I will tell ya anyway, first it was just Chase and I, Cody is still to sun burnt to put a jersey on. Usually it is all 3 of us so it was kinda nice to have the time with just Chase. You tend to forget how much younger he really is until you have time with just him. We got in the truck and he was out cold for a nap all the way there. Then after the race he wanted to stop at McDonald's on the way home. Cody usually wants to go home and have a shower before he does anything after a race.
Now for the race! Chase went into the woods in 2nd place and that's where he came out of the woods. I had already ridden a couple of laps and barely made it to see the start. I let them have about a 5 min head start and then I took off and caught them about halfway thru the first section. Sometimes Chase scares me the kid can roll faster than I like seeing him roll sometimes. He really does good, as he gets older he is gonna get better.
Next we have the rest of the camping trip. People really have some nice places at the beach. You never own the lot, you just rent it year round. For about 4500 dollars you can do just about anything you want in that space. 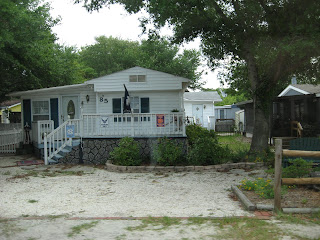 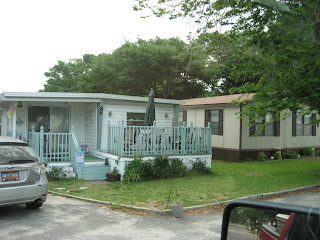 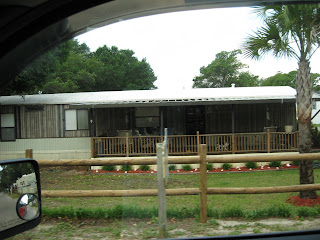 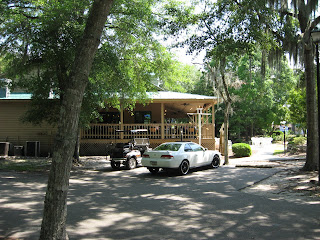 We rode around on the golf cart just checking out all the places. I took several pictures and even saw a few for sale. Most of the ones for sale range from 16000 to 45000. Big range, obviously the older ones are the cheaper ones and the new ones are the higher ones. I would like to have any of the above. 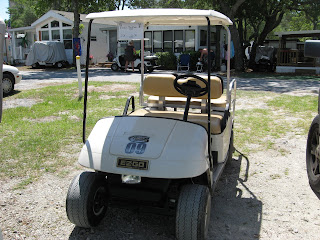 Next we have the golf carts, ours was a rental #9 it was fun and fast! Cody and Chase had a ball with this, it was the best 40 bucks a day I ever spent! As you can see the custom ones are pretty neat. We got to see a little bit of everything. Carolina tarheel golf carts which I would not waste my digital pictures on. They were the crappy looking ones. LOL. My favorite one was a Margaritaville Jimmy Buffet special. 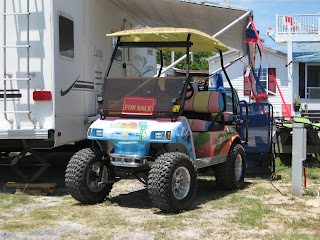 Somebody took a lot of time for this one. Oh, you have to have to raise it up, with big tires. Then there were a few with stereos.